Bring your emotions together and feel peace. Your emotions don’t have to be in conflict; they can live in harmony. 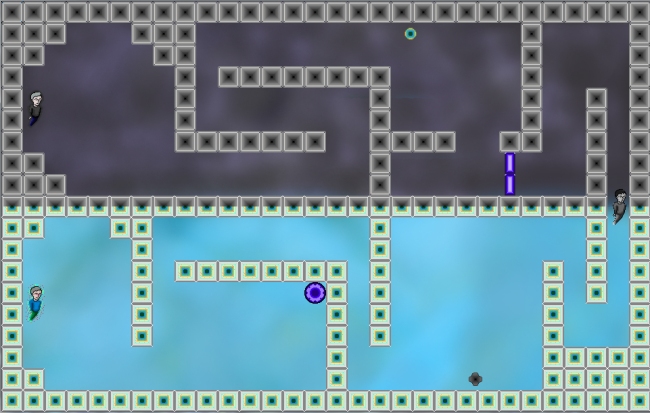 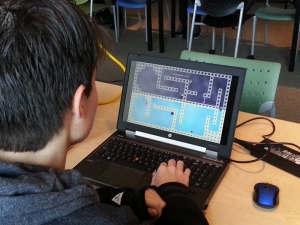 Reflection is a game about becoming one with yourself. You control two conflicting emotions at once. You must navigate them through a split level, focusing one at a time, both at once, all while avoiding peril. You need to bring peace to your emotions by combining them within yourself.

The theme we went for was simultaneous opposites. As stated before emotions can be opposed at times but this doesn’t mean that we should ignore any emotion. We wanted the player to control both emotions at once to make them see that no emotion is bad but that all emotions should be brought together to make you more whole as a person.

We started by brainstorming ideas. At first, the cards that flipped up had us thinking about a stealth spy game where you have to break into a building, dodging enemies, and collecting information. As we collaborated more the idea began to change towards what we finally created. We mapped the game out as a reflective game where you control multiple things at once, while still dodging enemies and collecting things. Eventually we dropped some things and fleshed out a few others. 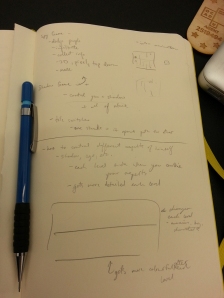 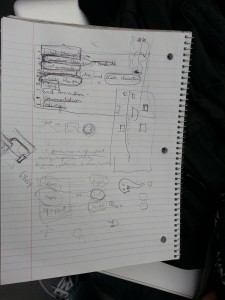 Obviously there were challenges but a lot of things we went too. What went well was that everything seemed to fall together once we got the ball rolling. Nothing was last minute. It all went along at a comfortable pace. However, some of the problems took the luster off an otherwise enjoyable development. 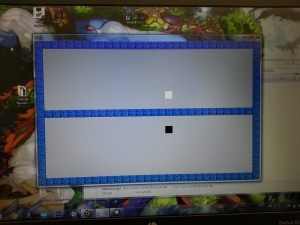 Brenner, who did the art, had issues with the colour palettes. This was because coordinating all the colours with the different opposing emotions didn’t always harmonize together. At times the colours didn’t match or didn’t look good together so they had to be redone a few times. Every piece of art needed to work and harmonize with other pieces of art to make the whole thing coherent and this took a lot of trial and error. 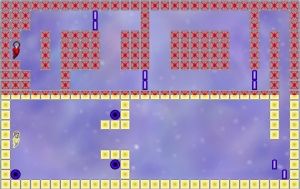 I also had my own issues with the game though mine were more technical. Game Maker chugged and corrupted my file at one point near the end (Thankfully, I create back-ups occasionally so I was able to pick up not too far from where I was). This was because I brought a gif into the program that was both dimensionally large and had more frames than I think Game Maker is usually used to. When I stretched the animation, as soon as I saw it lagging, I knew something was probably going to go wrong. It did so I made some animations within the system itself. This caused other problems such as objects not following their commands or appearing and disappearing for no reason. Logically it made absolutely no sense why two objects with the exact same commands would act totally different. I tried to cut back on the complexity of these animations and that seemed to make them work better. Also, order in which you place objects matters from a layering perspective!

Both of us had a problem designing the levels. At first we tried to map them out analog but we quickly came to the understanding that it would be hard to visualize everything on paper so we changed to prototyping in Game Maker. Making levels for one player but two different parts was difficult to balance in the end without making it overly difficult or needing to be super precise in timing.

In the future, it would be nice to polish the game more; polishing the art, designing more challenging levels and more emotions, expanding the story and elaborating on it. Adding new features, more enemies, other forms of obstacles would be pretty cool too.

Making this game to help people was fun but maybe incorporating a psychologist or psychiatrist would make the game more therapeutic. It would be interesting to create a game that people with mental illnesses could play to help them cope with their illness.

Game: https://www.dropbox.com/s/1gbhdcnuzsbksoc/Reflection.exe (55.05 MB) {May not work on Macs}