A totalitarian regime has outlawed colour in the world. Raise up and bring colour back to the world! Paint the town or Dye trying!

Check out the Trailer

Dye is a 2.5 D side scrolling platform shooter. It takes place on a 2D plane but the models are 3D. The game takes place in a world where the government, Cinis, has taken control and outlawed the use of colour. The rebellion, Dye, has risen up to oppose this ban and bring colour back to the world.

The player runs, aims, shoots, and jumps to achieve their goal of overthrowing the government. The gameplay is reminiscent of games such as Contra or Metal Slug, however, instead of being a straight run to the right, Dye incorporates the need to fight up and over buildings.

Can you overthrow the government or will you be de-saturated into oblivion?

Dye went through many developmental phases. Originally, it was meant to be a choice between colour and monochrome. You would play a character that got to choose sides and fight for or against the rebellion. This was later dropped to streamline our deadline and the choice turned to a selection screen at the beginning, which was also dropped. In the end, we just made the player have to play the rebel. This was mostly done due to deadline limitations but on retrospect it works better for the overall narrative. The choice isn’t wholly necessary but was more of a design choice to allow the player some control over their choices.

Dye was conceived as a diametric fight between two opposing factions. It was meant to be about affecting your environment through the use of paint. We wanted the colours in the game to play against each other and be central to the game. We looked at games that dealt with colour really well such as Unfinished Swan and Flower. 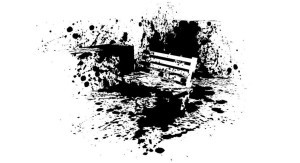 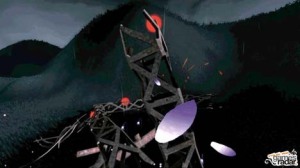 The game was going to be a 2D platformer with 3D graphics so we looked for inspiration from 2D side scrolling games such as Canabalt and Contra. We took inspiration of the game setting from dystopian environments, preferring to make the game feel like an actual city but with an oppressive government. The ideal of a broken down city didn’t appeal to us but we took it as a sign of what could possibly happen in the future of our world. 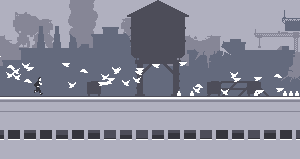 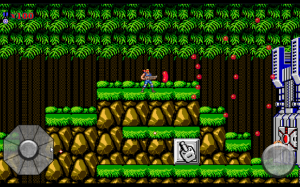 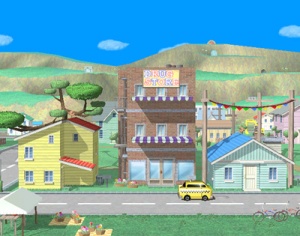 We had to develop on a schedule so we got right to conceptualizing the, at the time, player and two enemies. We wanted the soldiers to look very institutionalized and rigid. Very structured and with little room for individuality. The rebel needed to look the exact opposite but within the same universe. So we tried for a more anarchist, splattered and loose appearance. The player model (which was later dropped) was meant to combine the two other models into one. Since originally we wanted to give the player the option of choosing sides throughout the game, we couldn’t have the player resemble either faction wholly. We also wanted it to be faceless so that the player could project themselves onto the player model. 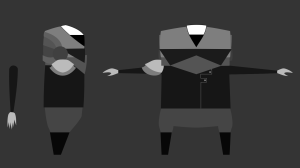 We wanted the colours to be simple but diametrically opposite. So we did a colour test to demonstrate the original idea of going from full black and white to full colour. Later on we changed it to only grayscale to full colour. 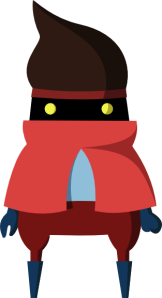 In the future, we’d like to develop the game further. We would like to add multiple levels and an overarching story line. It would be really awesome to give two separate story lines to allow the player to choose between playing as Cinis or Dye.

For now, we hope to polish the game further before the Level Up show this year. We will finish the level we have and polish it – upgrading the controls, flow of the game and a few other things.